Finally, a night that we actually slept, a moment of relative calm, when we can sum up the last three days. Though it would have been fairer to speak of the last three months. 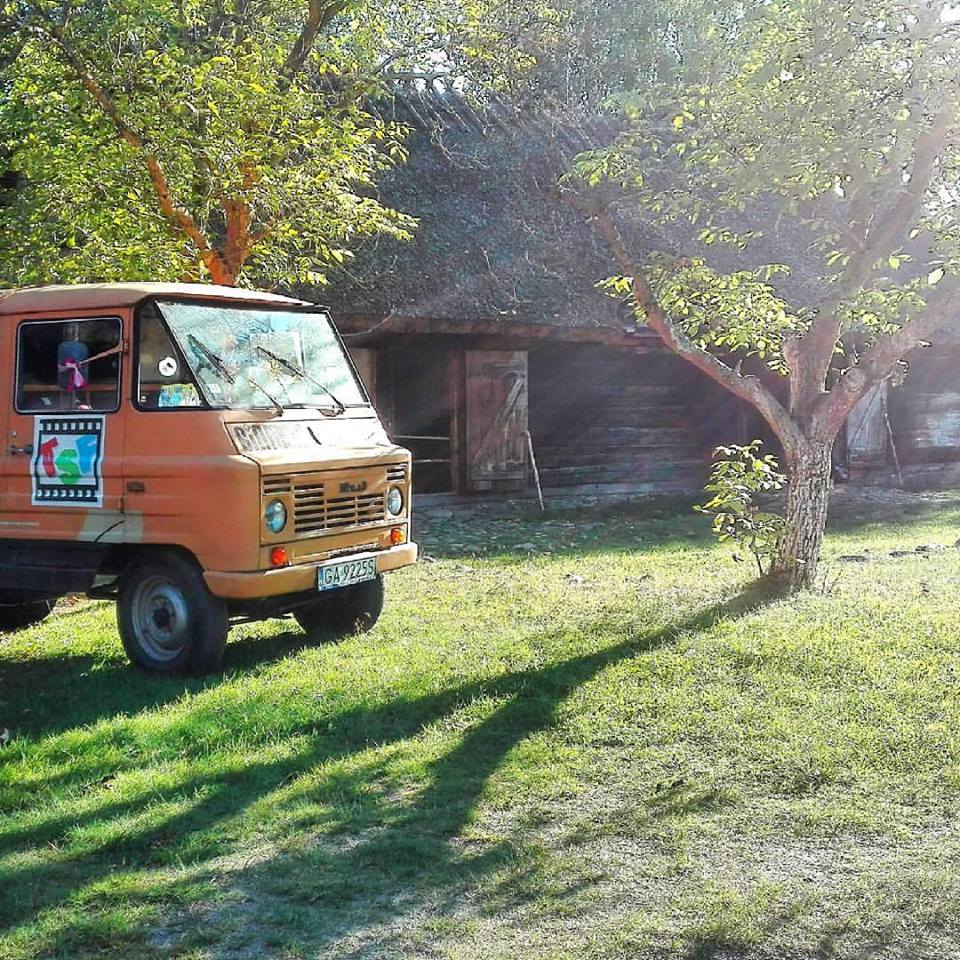 The darkroom has arrived

The last three days had a touch of madness to them; My van (the mobile darkroom) in an ethnographic museum, a darkroom in a stable, a hundred plates shot in three days, half a pig hanging on the barn door, home-made sausages and chicken heads on a wooden stump, a black wedding dress and five hours of sleep per night, constant running and the smell of lavender all over the place. And the dryers full of plates. 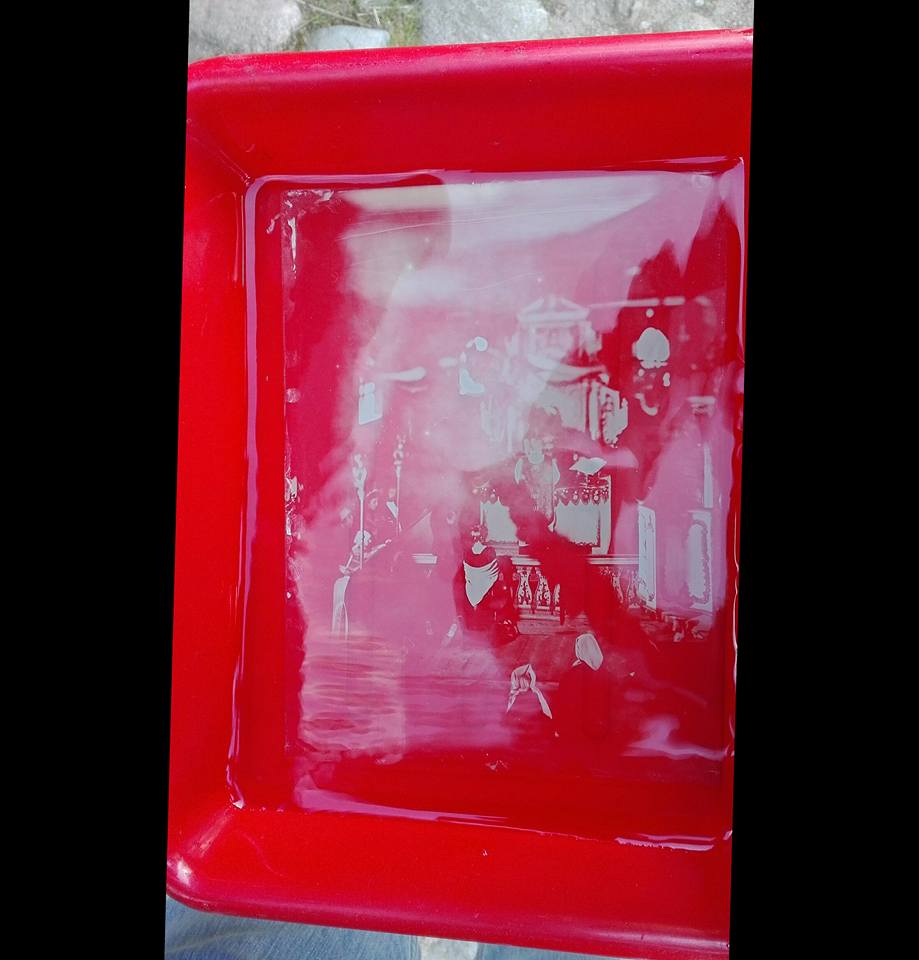 A plate fixing. Probably the hardest one to shoot with the exposure in a dark church lasting minutes.

In reality though, everything started a lot earlier, during the opening of my Gone, not forgotten exhibition in The Ethnographic Museum in Wdzydze Kiszewskie. Seeing the exhibition as a whole for the first time, beautifully arranged by Iwona Klinger, we decided that time had arrived to give real shape to ‘further cooperation’ we had been planning. That time had arrived for another travel in time, a session that will not only show the forgotten ways of the Cashubians, but will also do it using the technology that would have been used if someone had taken those pictures over a hundred years ago. We settled on collodion and on showing a Cashubian wedding. 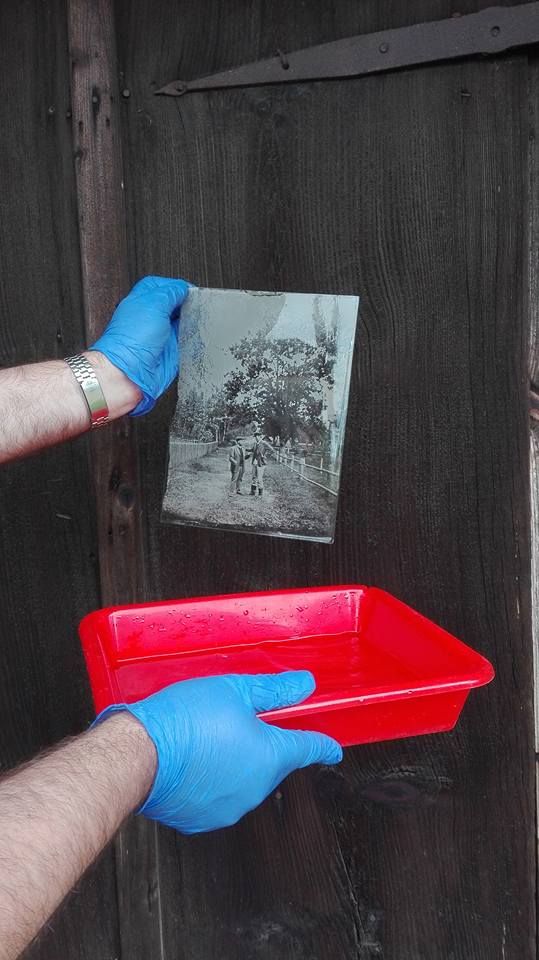 We alloted ourselves six weeks for preparations, for digging into the subject, consulting ethnography experts so that the pictures to be taken would be as close to what we would see travelling in time to the second half of the 19th century as possible. A task that proved anything but easy, given the scarcity of written records that are often contradictory, especially as folk celebrations were hardly thought worthy of being photographed (after all the rustical fashion was just a fashion, a fad of the rich and educated that had nothing to do with a real desire to know and document the culture, or even to appreciate its value). Fortunately, we were helped out by the founding father of the Museum himself, Izydor Gulgowski, the author of the brilliant Of an unknown folk in Germany (Von einem unbekannten Volke in Deutchland), which, though written over a hundred years was only translated into Polish and published recently by the Cashubian Institute. The most interesting was, of course, the chapter devoted to a wedding, describing in detail not only the ceremony itself, but also all the accompanying customs starting with choosing the bride, through haggling over the size of the dowry to superstitions and games accompanying the wedding. It was a ready made script that we just couldn’t ignore.

The following weeks were devoted to studying Gulgowski (I think I know most of the text by heart), converting the literary text to actual scenes, images, frames. Over sixty frames. This was followed by the logistics; preparing the developer, maturing the collodion, checking all the equipment, finally packing. Not to mention visiting the museum a few times, inspecting locations, choosing them, often choosing where exactly to place the camera. 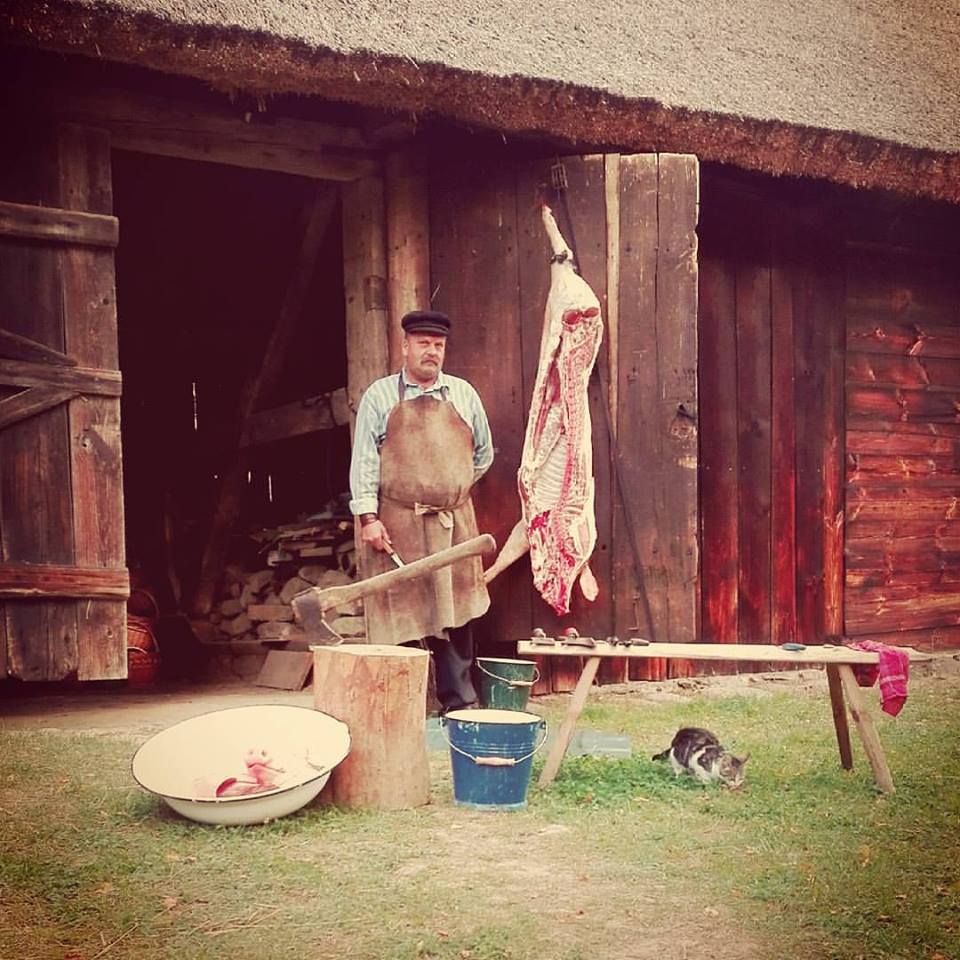 The hero of the first day – Mr Zbyszek

Finally, Sunday came. The van, full of equipment, including a crate holding exactly a hundred freshly scrubbed glass plates, rolled out from the school yard and started its slow journey to the location. This was followed by preparing the lab on location, setting up a darkroom, arranging for a place o rinse the plates and finally, by the first plates. A moment of panic came, when chemistry refused to cooperate and, to use Ch. James’ expression, bad carma seemed to be the issue. Fortunately, things were brought back under control rather speedily. 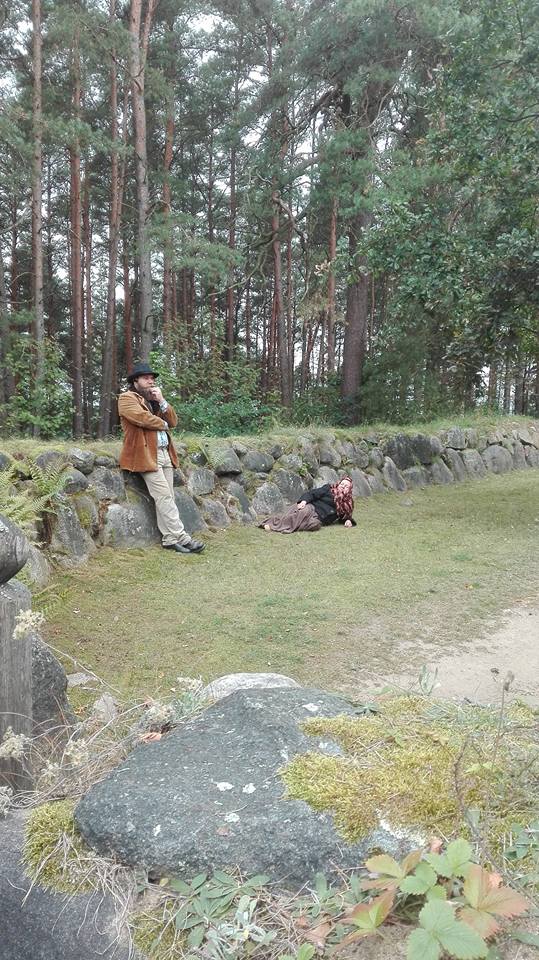 A moment of well deserved rest for the models waiting for a fresh plate.

Then, three days of hectic work followed, arriving on location at seven a.m. and shooting till 9 p.m. which was followed by varnishing dozens of plates. Five hours of sleep and back on location. And all this under field conditions, where the scenes were shot hundreds of yards from each other and from the darkroom, where the plated had to be moved to another building for washing and to yet another for varnishing. There is no point in describing the effort it took; those who have shot 40 plates in a day will know what I am talking about. The project would have proved absolutely impossible to complete had it not been for the work of Małgosia Bardoń on location and of Marta Grzybowska in the lab. Not to mention the wonderful trio from the Museum (Iwona Klinger, Bartosz Stachowiak and Mateusz Słomiński), who were responsible for costumes, props and models. What matters now though, is that we succeeded. Effects coming soon. 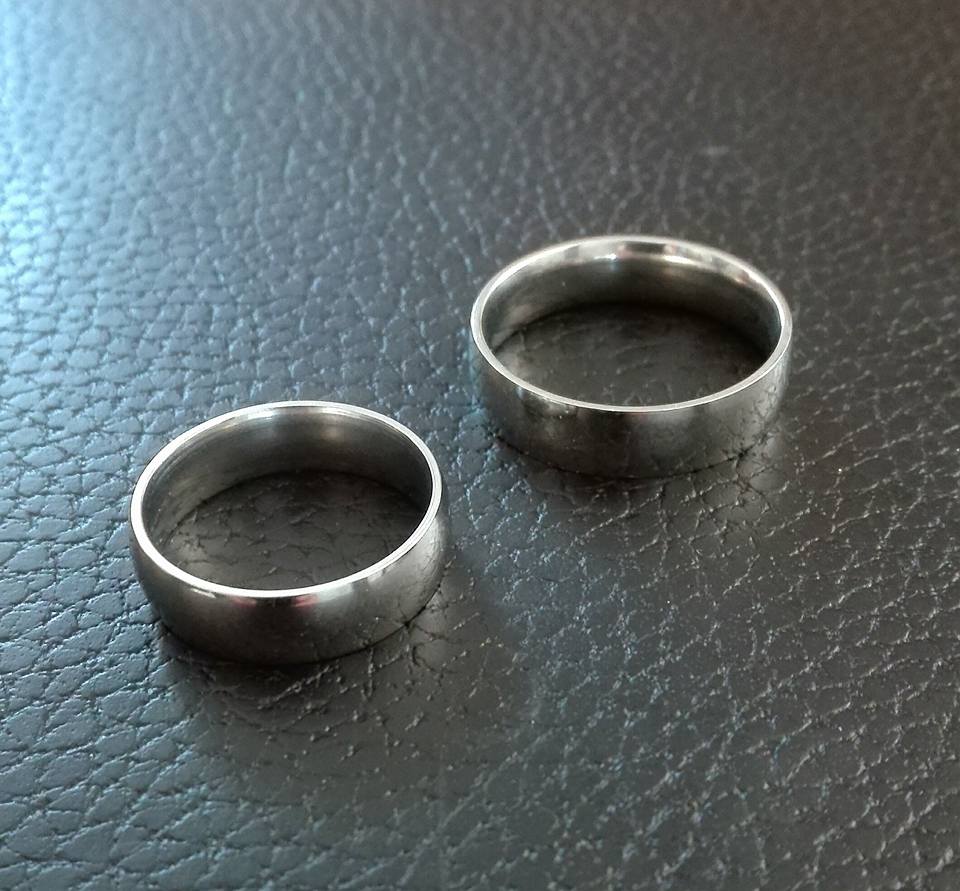 The reason for all the mess; in fact there were three rings.

Finally, a touch of humour. During the last of the meetings preceding the shoot, it turned out that we didn’t have rings for the young couple (who will, accidentally, be getting married for real soon). The task of buying them fell to Małgosia who, proud ofher choice, put a photo on FB saying, ‘We’ve already got the rings”. Just a quick pic of two metal rings and a short sentence. Considering that we had been talking to everyone who would listen (or just would not run away) about the project for two months, we were sure that the meaning would be clear. And yet… there came a real tide of congratulations and wishes of a happy life together (as if we didn’t already have one). A tide that didn’t stop even when we started posting backstage showing a totally different couple in church or my hand proudly holding a plate. Not to mention all the suspicion of a secret wedding and us renouncing our families who had not been invited. In one word; a lot of great fun coming real cheap; the rings cost us 5.90 a piece.